Al-Hawaij: Coordinating stances between Syria and Libya in face of Turkish regime-backed terrorism 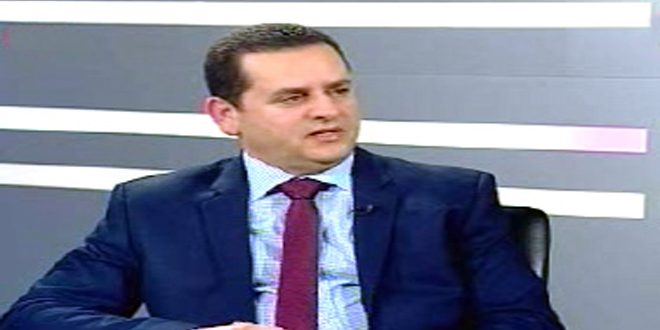 Damascus, SANA- Libyan Foreign Affairs and International Cooperation Minister Abdul-Hadi al-Hawaij underlined the importance of coordinating stances with Syria for facing the Ottoman scheme in the region, indicating that the two countries are facing common challenges in their war against Turkish regime-backed terrorism.

Interviewed by Syrian al-Ikhbariya T.V. channel, al-Hawaij said “Syria is an important, effective and key state in the region despite of all circumstances facing it and terrorism will not undermine it as it is able to overcome all the crises thanks to the resilience of its people, the heroism of its army and the wisdom of its leadership.”

He added that the war waged by the two countries against terrorism doesn’t only defend them, but it defends all the Arab countries, expressing regret for the stances of some Arab regimes which haven’t been up to the challenges facing the region.

Al-Hawaij noted that one of the most important goals of the visit to Syria is to exchange information on thousands of terrorists and mercenaries who have been transferred by Erdogan from northern Syria to Libya backed by Qatar “the financial arm of all the operations in this regard.”

He asserted that the battle of the Libyans today is a battle for liberating their country from terrorism.

The Foreign Affairs and International Cooperation Minister underlined the necessity to coordinate efforts and stances between the two countries with regard to exposing the expansionist colonial scheme which is led by Erdogan and his ill imagination on reviving the defunct Ottoman empire which has only brought disasters.

Al-Hawaij also underlined the importance of activating relations between Syria and Libya in different political, economic and social domains, indicating that there are about 46 cooperation agreements signed between the two countries.

He noted that Libya is one of the first countries which has recognized the Armenian genocide which was committed by the ancestors of President of the Turkish regime whose black history was full of killing and massacres, and today criminal Erdogan is continuing their process through sending his mercenaries of terrorists to the battles in an attempt to achieve his illusions and expansionist ambitions.

Regarding the crisis in Libya, al-Hawaij said “If the international community is serious in solving the Libyan crisis, it should stop the flow of arms, equipment and terrorist mercenaries and Turkish soldiers.”

Al-Hawaij: Coordinating stances between Syria and Libya in face of Turkish regime-backed terrorism 2020-03-03
ruaa-jazaeri
Share
Previous US congresswoman Tulsi Gabbard condemns the way of US media coverage on events in Idleb
Next Army units enter Saraqeb on Damascus-Aleppo International Highway after eliminating terrorism in it 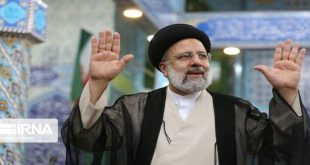