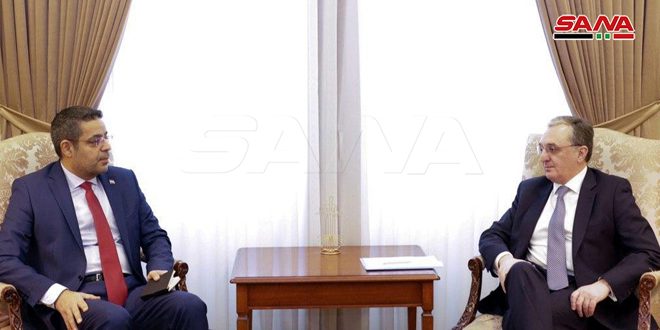 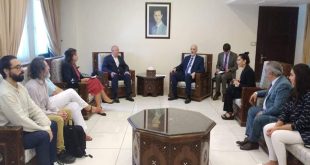 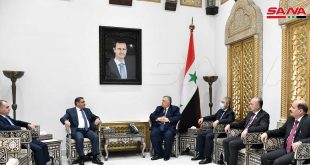 During a meeting with Syrian Ambassador to Armenia Mohammed Haj Ibrahim , Mnatsakanyan said that Armenia seeks to develop relations and dialogue with Syria at the bilateral and multilateral levels.

Mnatsakanyanv voiced Armenia government’s appreciation for Syria stances towards Armenia, and the decision of the Syrian People’s Assembly to condemn the genocide committed against the Armenians by the Ottoman state.

He said that this step reflects good historic relations between the two countries, affirming that Armenian people have deep respect for Syria and its people.

For his part, Ibrahim expressed Syria’s appreciation for Armenia’s stances and role of the Armenian humanitarian mission to Syria.