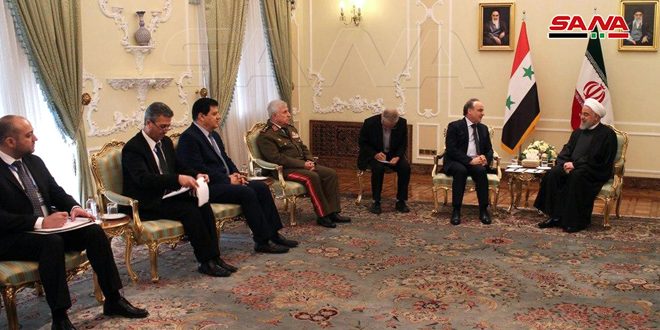 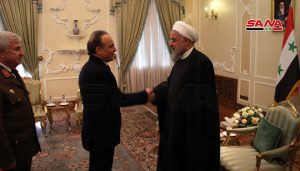 During their meeting in Tehran, President Rouhani lauded Syria’s support with Iran, saying that Washington assassinated Soleimani because he supported the causes of the region’s peoples.

He asserted that Iran’s leadership and people stand alongside Syria and its people in the face of terrorism and economic embargo, stressing the importance of beginning reconstruction and returning life to normal in Syria.

Rouhani also affirmed that the deep-rooted Syrian-Iranian relations will continue along the same path.

For his part, Khamis affirmed that Syria supports Iran and its right to defend itself, saying that the current conditions require developing bilateral cooperation in all fields. 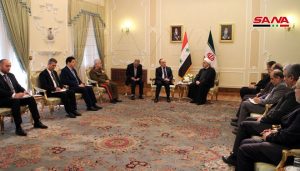 The Prime Minister thanked Iran’s government and people for supporting Syria in its war on terrorism, which he said will continue until terrorism is uprooted.

In a statement to the press after the meeting, Khamis said “we came here as part of an official delegation upon the instructions of President al-Assad to offer our condolences over the passing of Lt. Gen. Soleimani to our brothers in Iran on all levels,” underlining the significant role of Soleimani in fighting terrorism and the forces of evil in the region.

On a relevant note, Premier Khamis and Defense Minister Ali Ayyoub offered condolences to the Commander of the Iranian Revolutionary Guard Hossein Salami.

Al-Shehabi.. Israeli attacks are perpetrated in coordination with occupation and terrorists in Syria