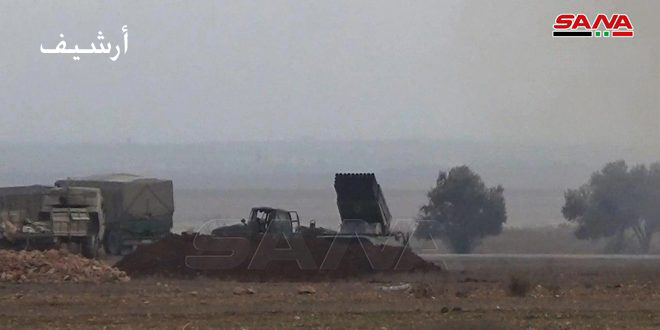 SANA reporter said that over the past hours, army units opened fire on the positions of Jabhat al-Nusra terrorists and other groups affiliated to it in Khan al-Sabil in Saraqeb countryside, southeast of Idleb, killing several terrorists and destroying many heavy machinery and positions for them.

The reporter pointed out that the army’s fire also targeted the terrorists’ fortified positions, their points and supply centers and their dens in the vicinity of Ma`rat al-Numan and Marshoorin in Idleb southeast countryside.