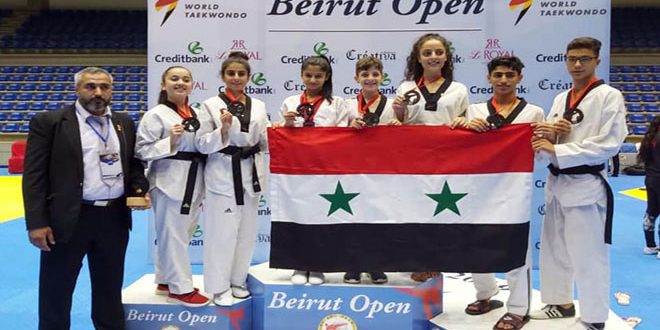 On the first day of the event, the Syrian Taekwondo team won three silver and four bronze medals in the cadet and Junior categories.