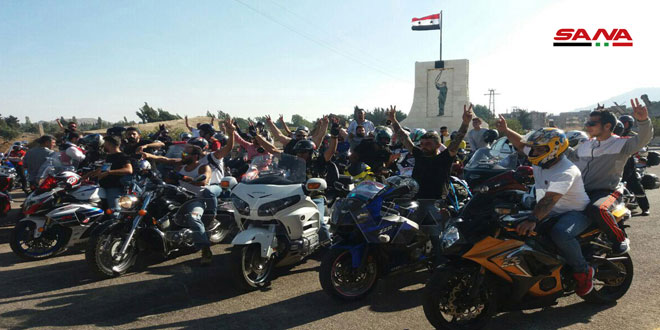 Quneitra, SANA – The Syrian Touring Motorcycles Club organized a visit to the city of Quenitra to express solidarity with the people of the occupied Syrian Golan, with the participation of 80 bikers from Syria, Lebanon, and Jordan. 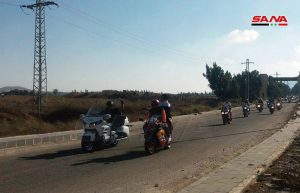 Ashraf al-Qabbani from the Syrian Touring Motorcycles Club said this visit is part of the 61st activities of Damascus International Fair.

Issam al-Shaer from Jordan’s Nashama Riders club said such activities are important as they shed light on Quneitra city which has a special place in the hearts of Syrians and Arabs, adding that this activity affirms the Jordanian people’s support for the Syrian people in their war on terrorism. 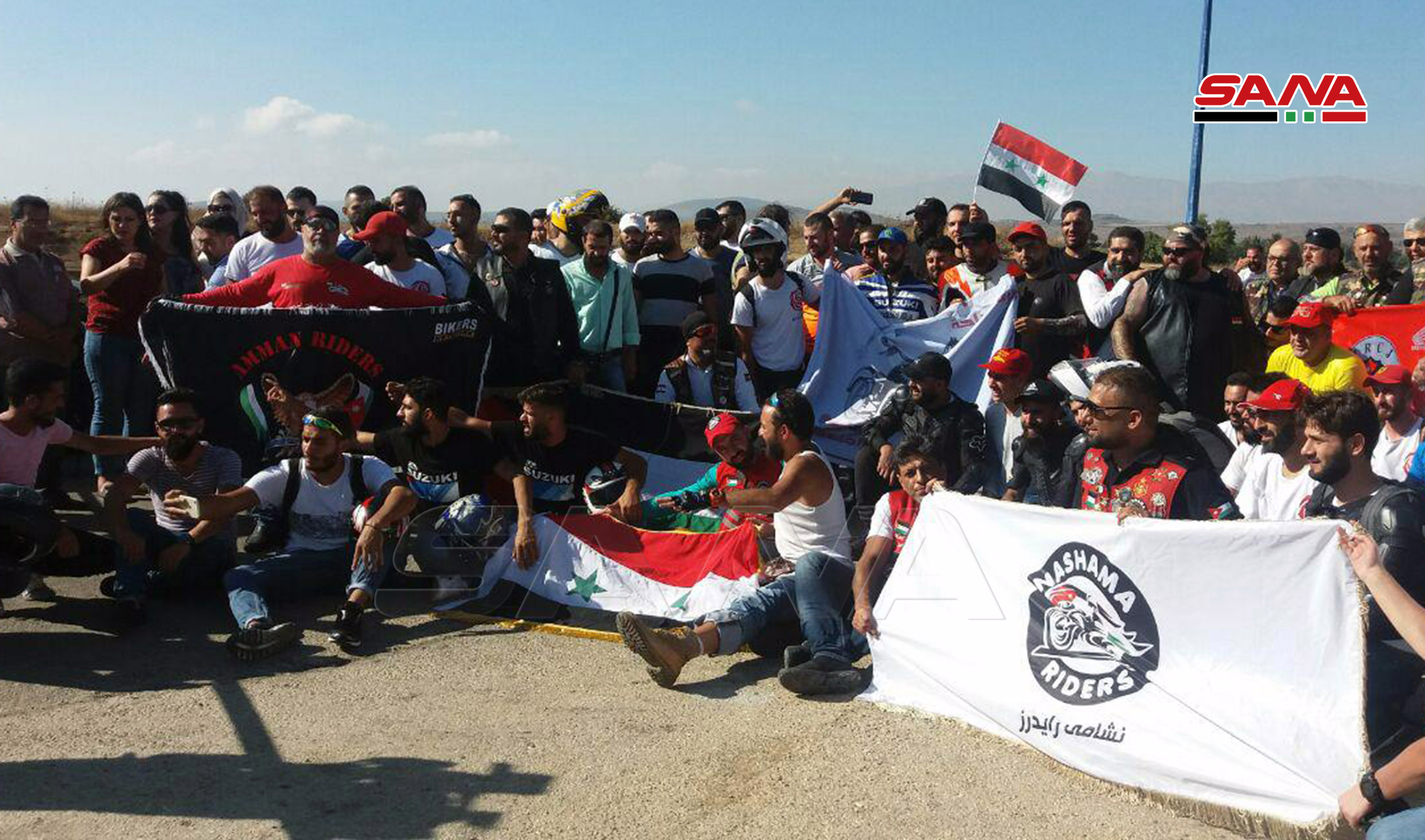 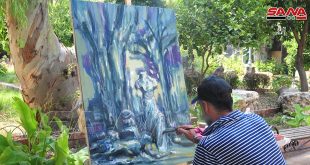