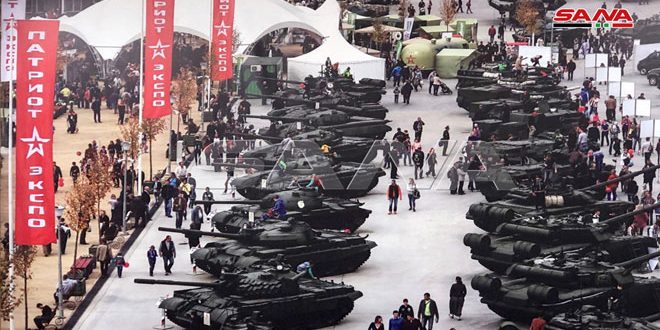 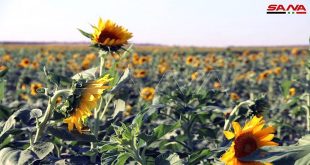 Sunflower fields … Al-Hadher region in the southern countryside of Aleppo, after being liberated from terrorism 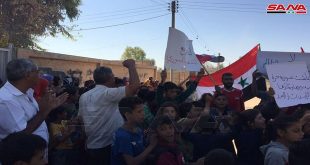 Moscow, SANA- The Syrian Arab Army ranked 9th in the Tank Biathlon Contest  and it came 28th in the general ranking of the International Army Games for the year 2019 which was held at Alabino training ground near the Russian capital city of Moscow with the participation of 223 teams and which wrapped up activities on Saturday.

223 teams from 39 states from all the continents including Latin America participated in the Games which were held on the land of tens states which are Russia, Belarus, Armenia, Kazakhstan, Iran, China, Uzbekistan, Azerbaijan, India and Magnolia and they were watched by more than a million spectators including 50,000 at Alabino training ground near Moscow.

Russia came in the first place while China ranked second and Kazakhstan third in the general ranking of all the contests while the team of the Syrian Arab Army came in the 28th place according to the general ranking of all the competitions  of the International Army Games 2019 in which 223 teams participated while the Syrian team ranked 9th in the Tank Biathlon Contest in which 23 teams participated.

“This participation is considered as a great achievement for our Syrian military colleagues, and we hope that this participation will further expand and become deeper in a way that would contribute to consolidating the bilateral relations,” Shoigu added.

For his part, Director of the Syrian Pavilion at the Friendship House Brigadier Aktham Ahmad  presented a souvenir from the Syrian traditional handicrafts to Minister Shoigu.

In a similar interview, Chief of the Russian General Staff Valery Gerasimov expressed comfort over the participation of teams from the Syrian Arab Army in the International Army Games for the year 2019, affirming that this indicates that the Syrian Arab Army his restored its efficiency and it has become stronger and more trained, wishing success for Syria and its army. 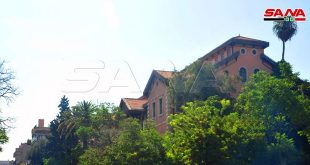 Damascus, SANA- Temperatures will drop while remaining above average from 2 to 5 degrees as …