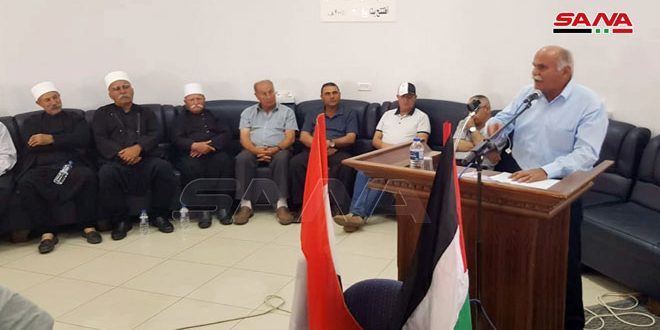 Quneitra, SANA-Syrian citizens of the occupied Syrian Golan affirmed on Thursday their trust in the inevitability of liberating the Golan from the Israeli occupation through the heroism of the Syrian army. 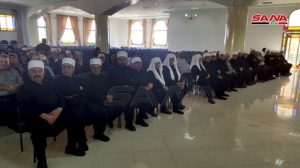 Citizens of Golan, during a celebration held at occupied Majdal Shams town, on the 74th occasion of the army foundation, reiterated their adherence to their homeland, Syria and their struggle against the repressive and hostile practices of the Israeli occupation authorities.

Palestinian liberated captive Abdallah Ghaith and citizen Marzouk Sha’alan underlined in their speeches that Golan will remain an Arab territory, and Syria was and still is the safety land of all honest Arabs.

2019-08-01
m.eyon
Share
Previous The Syrian delegation holds meetings with the Russian, Iranian and Iraqi delegations within 13th round of Astana talks
Next On the 74th occasion of army Day, Minister of Defense visits wounded soldiers