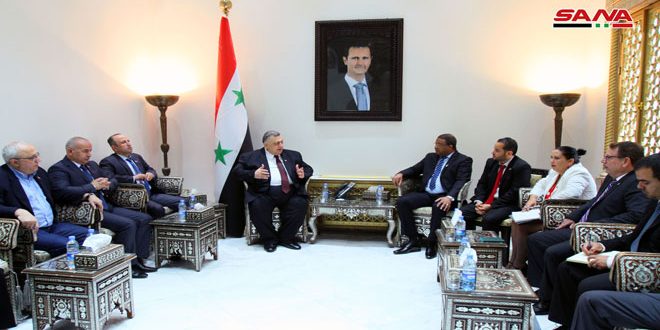 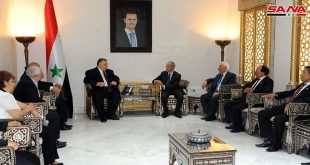 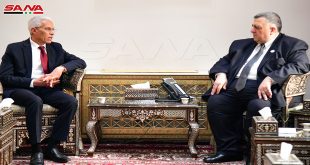 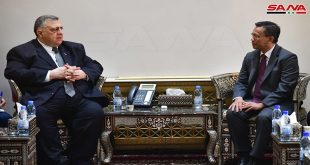 Damascus, SANA – Speaker of the People’s Assembly Hammoudeh Sabbagh said that there are deep historical relations between the people and leaderships of Syria and Cuba, which are constantly being developed.

Sabbagh’s remarks came during a meeting with Jorge Cuevas Ramos, a member of the Secretariat of the Central Committee of the Communist Party of Cuba on Saturday in Damascus.

The Speaker said that Syria and Cuba are partners in the struggle against the forces of imperialism and hegemony which seek to control every independent country.

For his part, Ramos said that his visit to Syria aims to express appreciation of Syria’s people and army, and of what the leadership and the national powers have achieved in confronting the war on the country.

Ramos reiterated his country’s condemnation of any external interference in Syria’s affairs, with emphasis on its territorial integrity and its independence.

He indicated that this visit is the first of several in the framework of the Syrian-Cuban Friendship Society, expressing his country’s readiness for further cooperation, coordination, and exchange of delegations and expertise to serve the interests of the two countries. 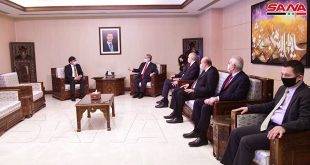