Weapons, ammos left behind by terrorists found in Damascus and Homs Countryside 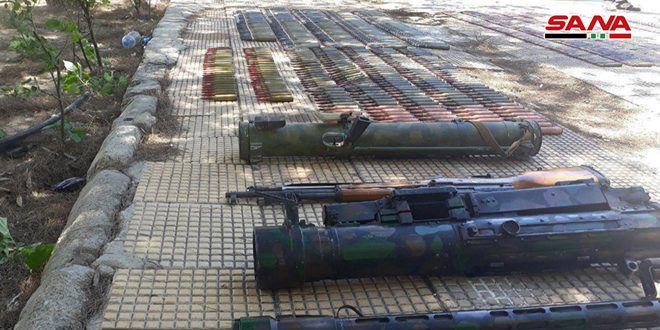 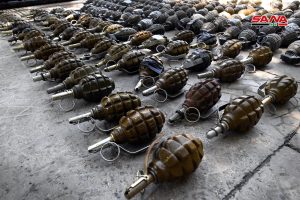 A source at the authorities said in a press statement that a large amount of weapons and ammunition , some of which are Israeli-made, were found in a farm, which were taken as an operation center for Jaish al-Islam terrorists before they had retreated from the area.