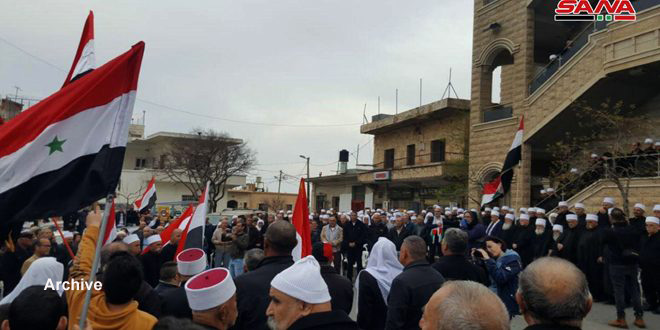 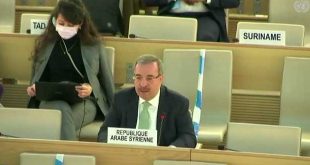 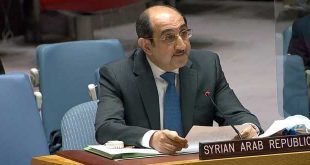 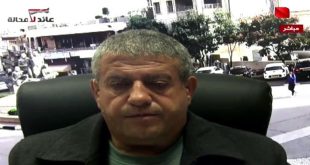 Quneitra, SANA_ The people of occupied Syrian Golan have renewed their utter rejection of the Zionist settlement plan of setting up wind turbines on the properties of citizens of Majdal Shams and confiscating their lands.

During a meeting in the occupied town of Majdal Shams on Friday, residents of the occupied Syrian Golan stressed that the implementation of the plan on their lands and properties is one of the aspects of settlement aiming at stealing and plundering the goods of the Golan, stressing the continuation of the work to abort this plan.

The freed captive Sheikh Sleiman al-Maqt said that the Israeli occupation authorities are trying to implement turbines project  to complete their expansionist plan aimed at looting  lands of the occupied Golan and displacing people from them.

He pointed out to the negative effects of this project on the human health, agriculture, the environment, and livestock, particularly that most of people there rely on agriculture and the turbines are a big threat to their crops.

The Israeli occupation authorities plan to implement a new settlement project through building 52 wind turbines to generate electricity. More than six thousand dunumms of agricultural lands owned by people of the occupied Syrian Golan will be confiscated.