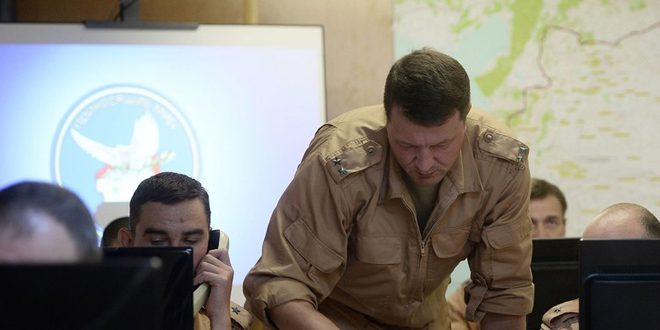 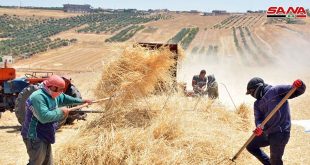 Lattakia, SANA- Terrorists have tried to attack Hmeimim airbase and positions of the Syrian Arab army in Lattakia province with the use of drones and multiple-launch rocket systems 12 times since early April, and all attacks were defeated, Head of the Russian Coordination Center Major General Viktor Kupchishin said at a briefing on Wednesday.

“There are ongoing attempts to attack the Hmeimim airbase and positions of the Syrian army in the Lattakia province by the terrorist groups staying in the Idleb de-escalation zone with multiple-launch rocket systems and unmanned aerial vehicles,” Kupchishin said.

Eight out of 12 attacks were carried out with the use of drones, he said. “All the attacks were repelled; the base’s facilities were not damaged. Twelve unmanned aerial vehicles were destroyed when repelling the attacks,” the major general added.

The Russian Defense Ministry has announced many times foiling attempts by terrorist groups to attack the Russian Coordination Center in Hmeimim in Lattakia province with drones from the areas where they are positioned in the countryside of Idleb and Lattakia.

Russia has been participating in the fight against terrorism in Syria since 2015 upon a request by the Syrian Arab Republic. 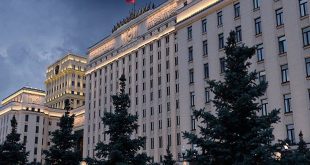