Homs, SANA – Four civilians were martyred on Saturday at the hands of a group of Daesh (ISIS) terrorists that infiltrated al-Sawwaneh area in the southeastern countryside of Homs province.

SANA’s reporter in Homs said that a group of terrorists from Daesh riding a car and a motorbike snuck into al-Sawwaneh area 25 km southwest of Tadmur (Palmyra) city, and attacked a small cheese production facility, claiming the lives of four civilians and causing damage to the facility.

The reporter said that the terrorists stole a refrigerator truck from the facility and fled after the attack. 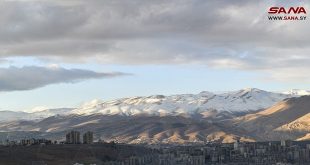