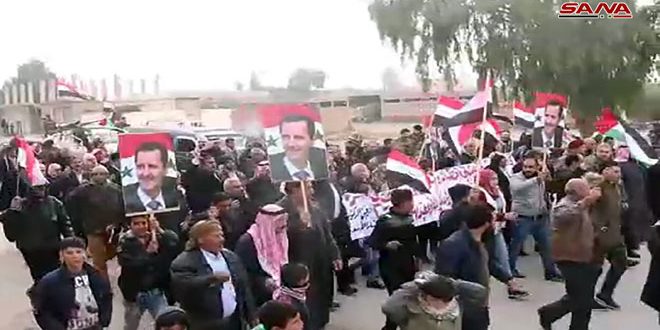 Raqqa, SANA – Citizens of Raqqa province staged a protest in al-Sabkha town, 30 km southeast of Raqqa city, to condemn the Turkish regime’s threats of military offensive against Syria as well as its direct support to terrorist organizations. 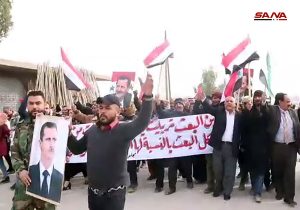 Thousands of people gathered and marched through the town’s streets, raising the Syrian flag and chanting slogans against the Turkish regime.

The participants hailed the sacrifices of the Syrian Arab army and were proud  of its heroic achievements since it is the only guarantor of national unity, safety and security, expressing readiness to sacrifice all for the sake of the homeland.

2018-12-27
m.eyon
Share
Previous A new batch of displaced families in Jordan return through Nassib border crossing
Next Upcoming summit for Astana process Guarantor States on Syria to be held next month in Russia