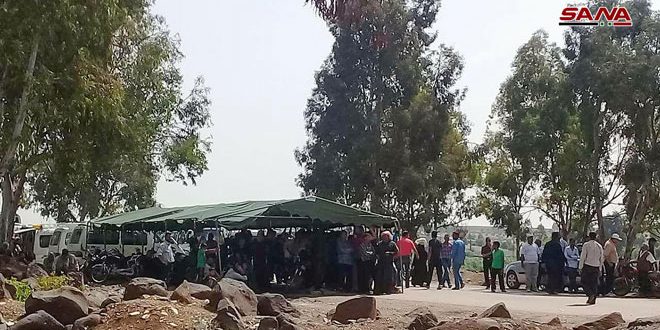 SANA reporter said that the legal status of scores of militants was settled on Saturday after they handed over their light weapons to authorities, pledging not to carry out any act that undermines the safety of the homeland and citizens.

The reporter mentioned that militants had already handed over their heavy and medium weapons during the past few days, in implementation of the terms of the agreement announced earlier this month. 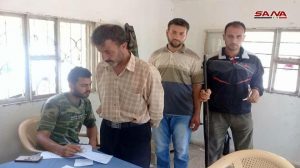 The agreement stipulates for evacuation of the terrorists who are unwilling to settle their status to northern Syria along with their families.

The reporter said that the competent authorities continue to sweep the villages, towns and cities of Homs northern countryside to clear it of terrorists’ emanates and fully secure them ahead of the locals’ return.

On May 16, the General Command of the Army and Armed Forces announced that the armed forces restored  security and stability to 65 towns and villages in Homs northern and Hama southern countryside which were controlled by terrorist organizations.The terrorists were forced to exit the area after turning over their heavy and medium weapons. 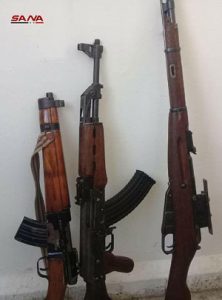 To speed up the process of settling the militants’ status, the reporter said that a number of centers were set up for militants to hand over their light weapons in al-Rastan city and  Talbisseh, al-Dar al-Kabira, and Taldao towns.

On Friday, authorities discovered  a workshop for manufacturing mortars, a large number of shells, ammunition, guns and masks left behind by terrorist organizations in al-Ghantou town in Homs northern Countryside.