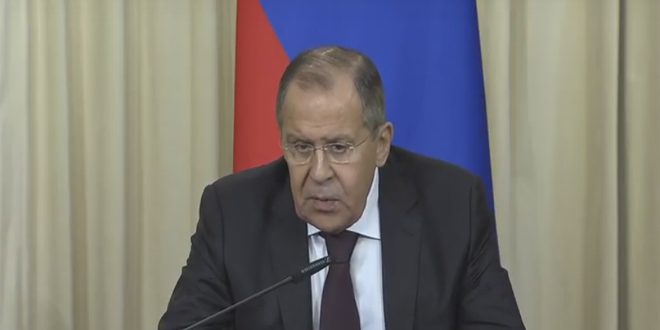 In a press conference with his Mauritanian counterpart in Moscow on Tuesday, Lavrov said “There is no official date for the Syrian National Dialogue Congress so far and preparations are still ongoing.”

Lavrov: Combating terrorism in Syria 2017-11-07
ghossoun
Share
Previous OSPAAAL: We trust in the inevitability of Syria’s victory
Next Four killed, others injured due to attacks in Damascus and Sweida