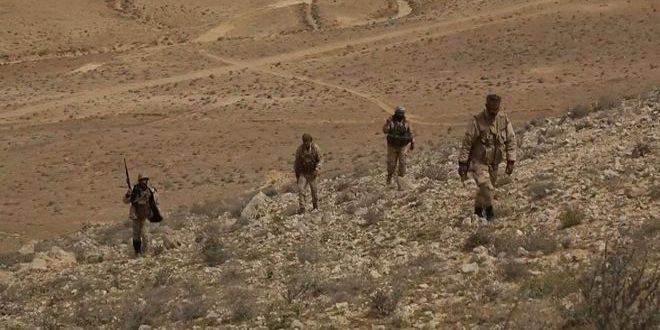 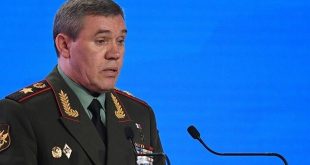 Provinces, SANA- The Army and Armed Forces units continued on Friday their intensive operations in the eastern countryside of Homs in the direction of al-Mahr oil field, al-Bida al-Sharqia village and Hayan gas plant in the northwest countryside of Tadmur (Palmyra) city.

SANA reporter in Homs said that ISIS terrorist organization burned Hayan gas plant before its terrorists fled towards the area of the oil wells and gas fields, where smoke and flames were seen from long distances in the desert.

The reporter added that army units, in cooperation with the supporting forces, carried out intensive operations on ISIS sites in the direction of Hayan gas plant and al-Mahr oil field, killing a number of ISIS terrorists, injuring others and destroying a number of their vehicles in the hills surrounding the field.

The reporter noted that the ground operations of the army units and the supporting forces coincided with airstrikes of the Syrian Air Force on the convoys of vehicles and gatherings for ISIS in the area of oil wells and gas fields in the northwest of Tadmur(Palmyra), killing scores of ISIS terrorists.

The reporter pointed out that the airstrikes also targeted ISIS supply routes in the direction of Aqirbat village in the eastern countryside of Salamiyeh, destroying a number of vehicles equipped with machineguns.

The Syrian Air Force lunched airstrikes on the sites and movements of ISIS terrorist organization in the area surrounding Deir Ezzor city.

A military source told SANA that the Syrian airstrikes concentrated on Talit al-Khanzir, al-Ma’amel ( factories) area and Tharda crossroad in Deir Ezzor,
inflicting heavy losses upon ISIS terrorists in personnel and equipment, including destroying a bobby-trapped vehicle on al-Syasia Bridge.

The source added that army units continued advancing in the graveyards area and cut off ISIS supply routes from the direction of al-Difa’a Camp. 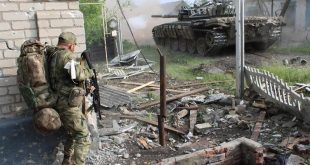