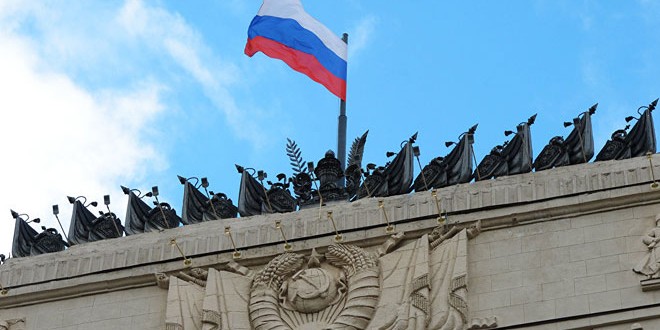 Lattakia, SANA, The number of terrorist organizations’ breaches raised to 490 since the  cessation of hostilities agreement came into effect on February 27th, Hemeimim center has said.

The center added, in a statement on Friday, that it observed 6 breaches by terrorist  organizations in Lattakia province during the last 24 hours, pointing out that two more towns  had joined the agreement to raise the number to 94 towns.

Hemeimim center pointed out that the truce in northern Lattakia province and Aleppo city was  extended 72 hours starting at 01:00, Saturday May 7th.

“Jabhat al-Nusra terrorists keep conducting provocative actions aiming at breaking down truce  in Aleppo, by firing local-made artillery systems randomly at a number of city neighborhoods,  as well as shelling the two towns of Handarat and Hilan with artillery”, the center said,  adding that Al-Nusra terrorists tried to besiege Aleppo from the southern side and launched  attacks against the towns of Khan Touman, Al-Khalediya and Al-Hamra in the southern countryside of Aleppo province.

The coordination center affirmed that “five tons of food and medical aids were delivered to  locals of Aleppo”, pointing out the continuation of work for delivering more aids to locals of  Homs and Aleppo.

The cessation of hostilities agreement, which came into effect on 27 February, does not include  Jabhat al-Nusra, ISIS terrorist organizations and other groups listed by the UN as terrorist  organizations.