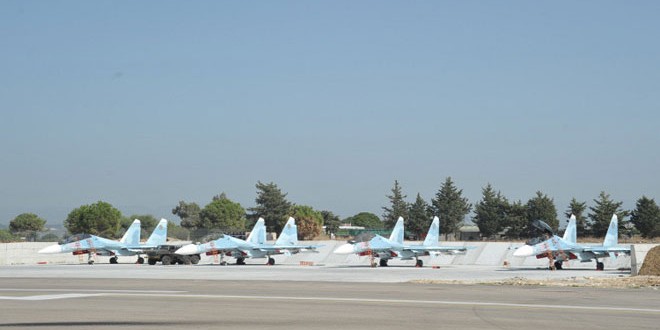 The sorties also destroyed two machinegun-equipped vehicles and killed 10 ISIS members in al-Qadahat valley in Homs countryside, destroying 8 artillery pieces and a truck with a trailer filled with explosives in Hama countryside, the source added.

The source said that the Russian airstrikes destroyed 23 terrorist targets in Deir Ezzor province, as well as oil refining stations for ISIS in Raqqa countryside.

Since the beginning of their operations in Syria on September 30th, 2015, the Russian Aerospace Forces have destroyed more than 2,000 oil tankers and dozens of refining stations used by ISIS in Syria.