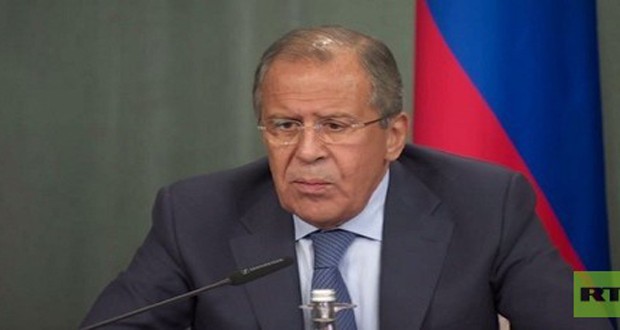 Moscow, SANA – Russian Foreign Minister Sergei Lavrov said that Moscow will continue to supply the Syrian army with weapons and needed equipment to fight terrorism as it is the most effective force against ISIS.

During a press conference with his Mongolian counterpart Lundegiin Purevsuren on Friday, Lavrov called upon the “international coalition” to cooperate with the Syrian army, adding that the ISIS has grown into a tremendous threat after attempts to topple regimes in the Middle East.

He stressed that the maneuvers and exercises of the Russian navy vessels near the Syrian shores are scheduled practices that are carried in compliance with the international law, highlighting that the mission of the Russian experts in Syria is training the Syrian personnel to use the Russian gadgets.

Meanwhile, Kremlin urged western states to not refuse cooperation with Syrian government in the battle against terrorism, stressing that only joint efforts can form an alliance that can confront this threat.

Russian presidential aide Yury Ushakov said in a press statement on Friday in Moscow “Some of our western partners are calling on us to combat the terrorist threat in Syria as if they are trying to deny the fact that the fight against terrorism is also carried out by the Syrian government.”

“Therefore, we consider that in the struggle against terrorism, cooperation with the Syrian government should not be refused,” he added.

Ushakov added that cooperation is a natural element in the efforts to establish a wide and effective alliance that is able to combat the threat of the Islamic State in Iraq and Syria (ISIS) and other extremist groups.