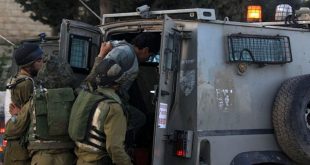 Sweida, SANA – Two deaths confirmed to have been caused by H1N1 (swine flu) were registered in the southern Sweida province last month, in addition to six suspected infection cases, four of which have completely recovered.

Head of Communicable and Chronic Diseases Department at the Health Directorate of Sweida, Suleiman Hodeifa, said one of the deaths was a man from Namra village who used to work at a restaurant in Lebanon.

The other case occurred in al-Kafar town. The man had suffered from blood cancer and been taking immunosuppressive drugs and died in intensive care, Hodeifa added.

Swine influenza (H1N1) is a respiratory disease of pigs caused by type A influenza virus that regularly causes outbreaks of influenza in pigs. Early in the spring of 2009, H1N1 flu virus was first detected in Mexico.