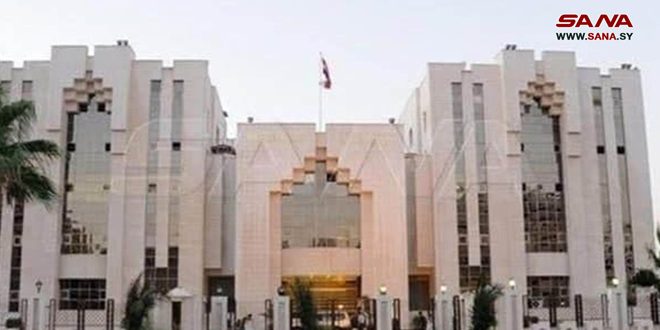 Damascus, SANA – The Interior Ministry said that at 11:30 am on Sunday, December 4, a group of outlaws , some of them carried individual arms , blocked the road with burning tires next to the al-Mashnaqa roundabout in Sweida governorate.

The Ministry said in a statement that the group went to the government building and fired at random, injuring one policeman and several citizens.

The statement added that the group tried to storm the police station building, where the guards confronted them, which led to the martyrdom of the policeman, Mahmoud al-Salmawi

The Ministry affirmed that it will pursue the outlaws and take legal measures against anyone who tries to tamper with the security and stability of Sweida Governorate and the safety of its citizens.