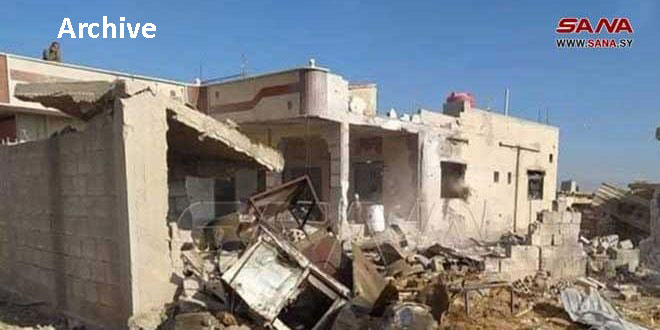 Hasaka. SANA- Turkish occupation forces and terrorists affiliated with them targeted with artillery shells the city of Abu Rasin in Hasaka northwestern country.

Local sources told SANA reporter that the Turkish occupation forces deployed in the Syrian towns of Aniq al-Hawa and al-Dawiyah bombed with heavy artillery Abu Rasin and several villages located on the contact lines between the Syrian Arab Army and Turkish forces.

The bombardment lasted several hours at dawn and caused significant material damage to several homes in the southern and northern of the town of Abu Rasin, and Um Harmala village , as well as the death of a number of cattle.