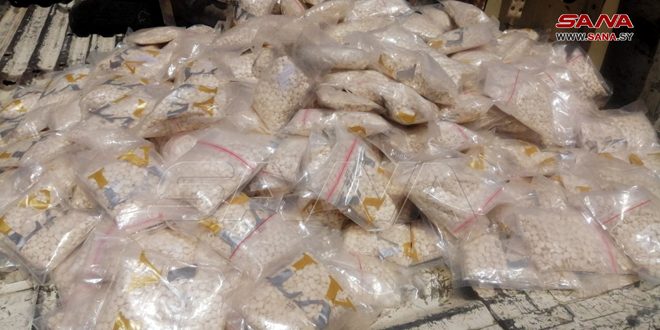 Daraa, SANA-The competent authorities in Daraa seized on Thursday a large quantity of narcotic Captagon pills intended for smuggling outside the country and hidden in a truck that was traveling on the Damascus-Daraa highway.

A source at the competent authorities said in a statement to SANA reporter that one of the patrols, within its scope of work in pursuit of outlaws, seized a large quantity of the narcotic Captagon that was placed in a spare fuel tank of a truck.

The source added that the amount estimated at tens of thousands of narcotic pills was intended to be smuggled into Jordan.