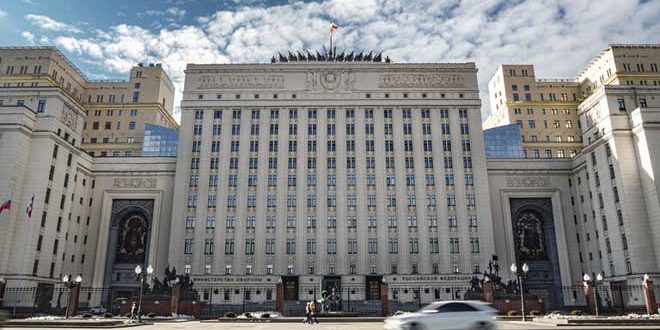 “The Russian Ministry of Defense has information about the United States is preparing provocations to accuse the Russian Armed Forces of using chemical, biological, or tactical nuclear weapons,” Kirillov said.

Kirillov added that “this plan is a reaction to Russia’s success in the special operation. “In March-April of this year alone, the leadership of Western countries regularly made provocative statements about the possibility of Russia using weapons of mass destruction.”

“The scenarios for accusing Russia are planned. The first is a staged incident under a false flag, the most probable one. The second is a covert use of mass destruction weapons in small volumes’ to suppress the will and ability to resist within a specific operational task. The third, and the least likely scenario, is an overt use of mass destruction weapons on the battlefield in case conventional weapons fail to succeed, most likely in a combat zone,” he said.

According to Kirillov, “the first scenario includes real use of chemical and biological weapons with casualties among the population, or a staged sabotage by Russia at Ukrainian facilities involved in developing components for mass destruction weapons. This scenario is planned to be used at chemical and biological facilities in Kharkov and Kiev. Provocations cannot be ruled out at nuclear power facilities, primarily at the Zaporozhye nuclear power plant, which is under Russia’s control.”

He noted that the second scenario includes the secretive use of mass destruction weapons in small volume and it was considered at the Azovstal steel plant, is the last stronghold of the forces loyal to the Kyiv government in the city of Mariupol, but Russian President Vladimir Putin’s order not to storm this site thwarted the plans of the Pentagon in this regard.

He added that the third is the least likely scenario, including the overt use of weapons of mass destruction on the battlefield as Washington would probably resort to it in the combat zone if the Kyiv government was unable to achieve success with the types of conventional weapons in the cities of Slavyansk and Kramatorsk.

US is sending Ukraine vials with antidotes against toxic substances, which is an indication of the preparation of provocations. “In 2022 alone, at the request of the Ukrainian Ministry of Health, more than 220,000 ampoules with atropine were sent from the US. This fact shows the deliberate preparation of provocations with poisonous substances, especially those with neurotoxic action,” Kirillov said.