Moscow: Israel tries to exploit events in Ukraine to divert the world’s attention from its occupation of Palestinian territories 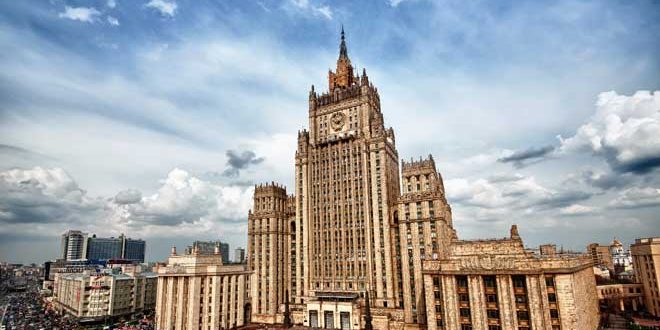 “The comments made by Lapid on April 7th are a new anti-Russian verbal attack in context of Israel’s support for the UN General Assembly’s resolution suspending Russia’s membership at UN” Russian Ministry said in a statement Friday.

The Ministry voiced its regret and rejection of Lapid’s statements, stressing that his speech represents an almost uncovered attempt to exploit the situation in Ukraine with the aim of diverting the attention of the international community from the Palestinian-Israeli conflict considered one of the oldest unresolved conflicts”

It went on to say that Gaza Strip has become like a prison under the open sky as its people have been suffering for nearly 14 years from land and naval and air blockage imposed by Israeli entity.