Occupied Jerusalem, SANA- A Palestinian was martyred on Friday morning as Israeli occupation forces shot him to death in Jenin in the West Bank on Thursday.

Wafa news agency reported that Shawkat Kamal Abed, 17, from Kafr Dan town, west of Jenin, was martyred of a serious injury sustained by the occupation forces on Thursday, during their storming of the town and its continuous aggression against the Palestinian people.

On Thursday, three Palestinians were martyred, tens were injured, and 41 others were arrested, during the occupation forces’ storming of different areas in the West Bank. 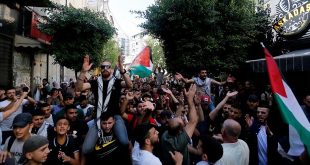 Occupied al-Quds, SANA- Four Palestinians were martyred so far and 44 others injured on Wednesday …