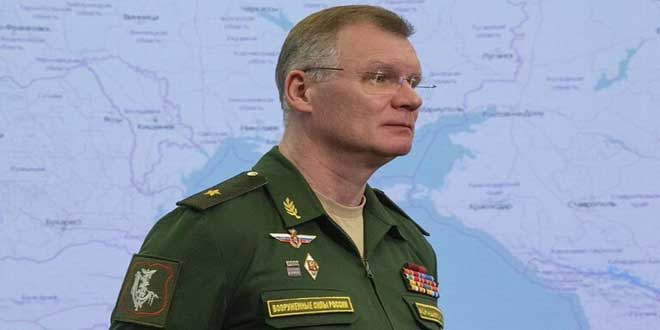 Moscow, SANA- Russian Defense ministry said Thursday that the US carried out a secret program in Ukraine for many years to study transmission of viral pathogens from bats to people.

Russian Defense Ministry Spokesman Igor Konashenkov said in a statement that the US has been carrying out a secret program in a laboratory in Ukrainian city of Kharkov to study transmission of viral pathogens from bats to people, adding that new documents will be presented on developing biological laboratories in Ukraine.

The Ministry said that it will present documents obtained from Ukrainian employees who work at those Labs on exporting large amounts of those materials from Ukraine to UK and other European countries.

Russian President Vladimir Putin stressed during a cabinet meeting on that dozens of tests were conducted in Ukraine, near the borders with Russia under the sponsorship and funding of  Pentagon to develop military biological programs, pointing out that the Americans and Kyiv authorities are trying to erase track of biological weapons in Ukraine.