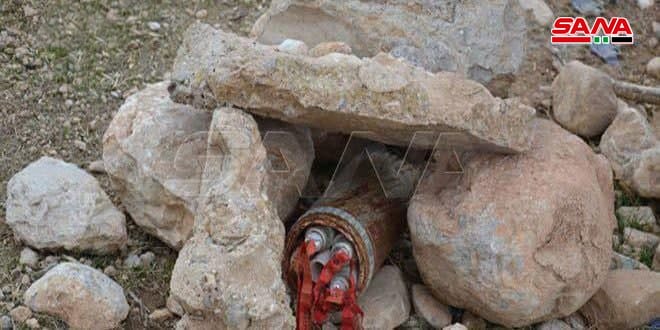 Aleppo, SANA- Two children were martyred when an explosive device left behind by terrorists exploded in al-Sakhour neighborhood in Aleppo city.

A police source told SANA reporter that an explosive device left behind by the terrorists exploded while a number of children were playing in the place, causing the martyrdom of two of them instantly.