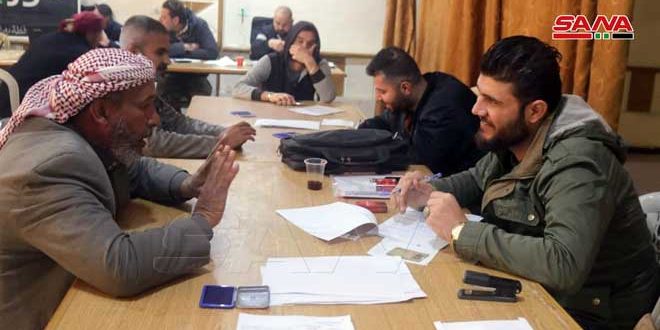 Deir Ezzor, SANA- The process of settling the status of the wanted civilians, military deserts continued on Saturday in Deir Ezzor as about 900 wanted civilians had joined the process during the past 24 hours, according to SANA reporter.

Dozens of wanted civilians had their files settled last Thursday in al-Amel Hall in Deir Ezzor city despite of the measures that QSD militia had adopted in the areas where it deploys in to prevent the residents of al-Jazeera area from reaching the settlement centers.