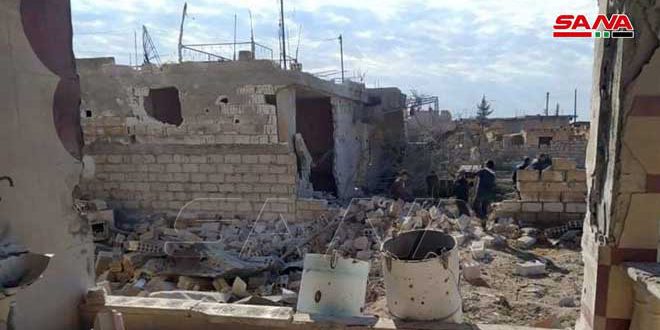 The families were forced to flee their homes because of the Turkish brutal selling on the area.

Head of the Directorate Ibrahim Khalaf told SANA in a statement that the Turkish occupation’s fierce aggression last night caused the destruction of a number of the locals’ houses in Abu Resin township , north of Hasaka, particularly in the western and central neighborhoods, in addition to the villages of Rabia’at, Dara abed in Tal Tamer northern countryside, causing a huge displacement movement by the locals towards the safe areas and villages .

Khalaf added that the Directorate sent a team to monitor the reality of the displaced families to work on providing them with all needs and assisting them.

Khalaf pointed out that the number of the previously displaced families reached 1500, asserting that various assistance were distributed to them, including food, health, general hygiene packages, and blankets, winter clothes and lights, in addition to the health care, in cooperation with the Syrian Red Crescent and a number of international humanitarian organizations and charity associations.

He added that providing aid continues, in addition to that about 2000 families in Tal Tamer are hosting displaced families due to the Turkish occupation and its terrorist mercenaries’ continued aggression since nearly twenty days. 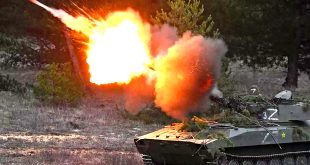 Siarto: Western countries should start peace talks in Ukraine instead of sending weapons Newsweek: The …