Barley cultivation in Daraa achieves 100 percent of the planned area 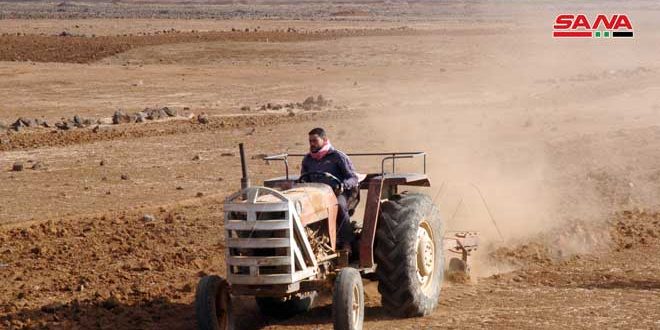 Daraa, SANA- The area cultivated with barley in Daraa province have reached 100 percent of the planned area, while rainfed wheat achieved 64.5 percent, and irrigated wheat 74.5 percent.

Head of Agriculture and Agrarian Reform Directorate, Engineer Bassam al-Hashish, stated in a statement to SANA reporter today that the area planted with irrigated wheat has reached 6900 hectares out of the planned area which was estimated at 9257 hectares.