Syria awards Order of Merit to Lebanese Ambassador in Damascus 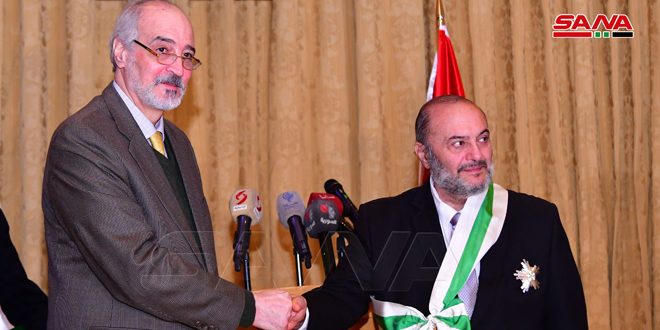 Damascus, SANA-Foreign and Expatriates Ministry held on Wednesday a farewell ceremony for Ambassador of Lebanon in Damascus, Saad Zakhiya who ended his mission as an Ambassador for his country to Syria. Deputy Foreign and Expatriates Minister, Bashar al-Jaafari, awarded Mr. Zakhiya the Syrian Order of Merit of Excellent degree in an appreciation for his good efforts in enhancing relations between Syria and Lebanon.

“Relations between the two countries are deep and brotherly, al-Jaafari said, adding that they are twin and the two people are one.

Ambassador Zakhiya, for his part, thanked Syria for awarding him the Order of Merit, hoping the country would enjoy stability and prosperity. 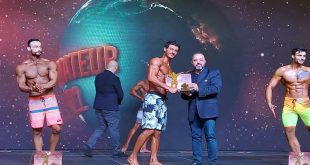