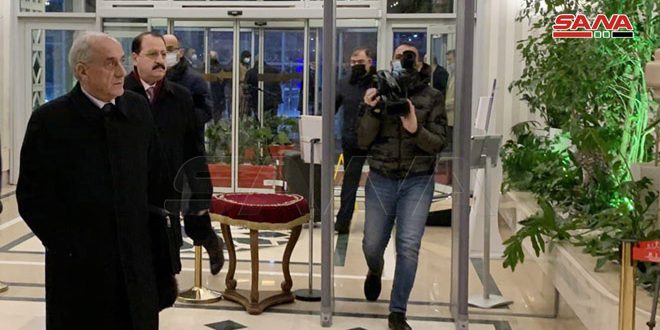 Nur-Sultan, SANA- Delegation of the Syrian Arab Republic, headed by Deputy Foreign and Expatriates Minister , Ayman Susan, arrived in the Kazakh capital of Nur-Sultan on Monday to participate in the 17th international meeting on Syria in Astana format.

Agenda of the meeting, that will take place on December 21st and 22nd , includes bilateral and tripartite meetings among the participant delegations, representing the guarantor countries (Russia, Iran and Turkey), in addition to a UN delegation, followed by a final statement of the meeting.

So far, 16 meetings have been held within the Astana format, two of them in Russian resort of Sochi. All of which stressed Syria’s sovereignty, independence, unity and territorial integrity.