Do you know that Sergio Chamy who starred in ‘The Mole Agent’ documentary is of Syrian origin? 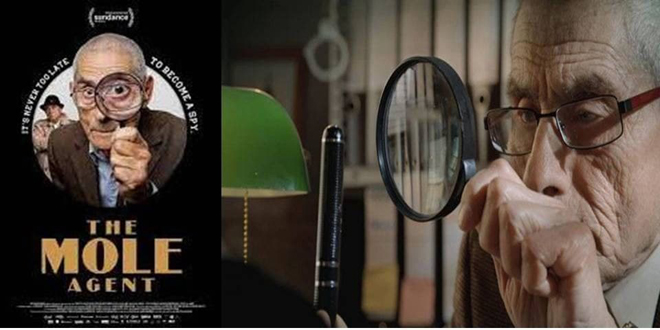 Damascus, (SANA) Do you know that Chilean star Sergio Chamy who played the main character of the documentary ‘The Mole Agent’, and who was a candidate to win the Oscar Award, is the son of a Syrian immigrant who arrived in Chile at the beginning of the 20th century.

At the age of seventeen, Sergio Chamy began working with his Syrian father in the clothing trade and handbag manufacturing, and then, he became the breadwinner of his family.

In 2020, Chamy read an ad that changed his destiny forever. The ad was “We are looking for an old man, retired between 80 to 90 years, self-reliant, in good health and knowledgeable in technology to conduct an investigation with the availability to live away from home for three months”.

Chamy became interested in the possible work and contacted the private investigator Romulo Atkins, who needed a “detective” to fulfill a curious mission: infiltrate a nursing home, check the condition of a client’s mother and find out if she was being abused.

Infiltrating was not the only challenge of the job, but also a part of a documentary that tried to reliably relate the work of the agent, in addition to what was happening inside the nursing home.

After several interviews, he was chosen from more than a hundred contestants to perform the task of a resident in a nursing home.

The documentary shows the loneliness, the helplessness and the pain of the abandonment of the hospitalized elderly.

The film was a huge success and was nominated for several awards, including the Academy Award for Documentary Feature.

In the end, the documentary did not win an Oscar, but it did win the love and respect of all who saw it and made this man, whose origin comes from our wonderful homeland, win a place in the hearts of millions.

Do you know that Chilean Sergio Chamy who starred in ‘The Mole Agent’ documentary is of Syrian origin? 2021-12-13
ruaa-jazaeri
Share
Previous Syrian-Iraqi Business Forum starts activities…more than 50 companies at 1st Export Exhibition
Next 83 new Covid-19 cases, 5 deaths reported in Syria