Moscow, SANA- Russian Foreign Minister, Sergey Lavrov, denounced Western countries’ prevention, for political purposes, from establishing projects in a number of countries, including Syria and Russia, indicating that many countries have begun to realize the need to create a safety network to confront policies of the West.

“Western countries, for political reasons, as being the largest shareholders in the World Bank and other financial institutions, ban projects, not only in Russia but also in countries such as Syria,” Lavrov added in a speech during an international forum held by the Russian Federation of Industrialists and Businessmen on Tuesday in Moscow.

He described the western countries’ act as a frank politicization that does not bring them a good reputation. 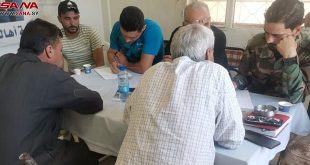