Kazakhstan ready to hold new round of Astana talks on Syria 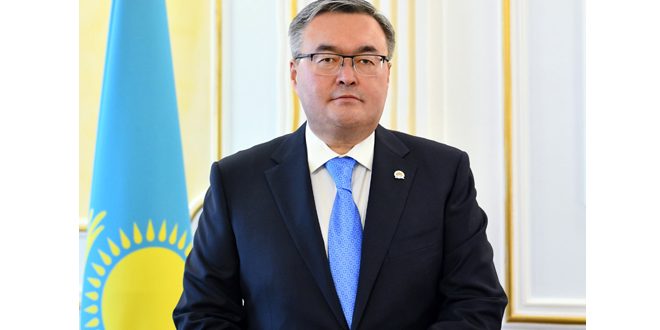 Nur Sultan, SANA- Kazakhstan is ready to hold the next round of talks on Syria in Astana format in the second half of December, Kazakh Foreign Minister Mukhtar Tleuberdi said.

“We confirmed the readiness to hold the next round of Astana talks on Syria in Nur-Sultan after December 20. We received an official note from the Russian side, and now we are waiting for the confirmation from other sides, and only then we will begin to send official invitations to the meeting,” Tass quoted Tleuberdi as saying to the journalists on Tuesday.

Tleuberdi indicated that currently a meeting of the foreign ministers of the guarantor states of Astana process (Russia, Iran and Turkey) is being coordinated within the framework of the talks on Syria in Kazakhstan.

Astana meetings began in the Kazakh capital in early 2017 , and 16 meeting were held , one of them in the Russian city of Sochi , as the meetings confirmed the firm commitment to preserving Syria’s sovereignty, independence and territorial integrity, and continuing the war against terrorist organizations until their final defeat.