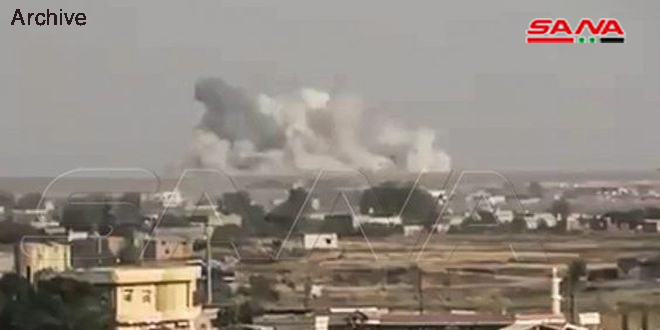 Aleppo, SANA-The Turkish occupation and its mercenaries of terrorist organizations have launched a new shelling attack on the houses on the outskirts of Tal Refaat City and Ayn Daqnieh in Aleppo northern Countryside.

Local sources told SANA reporter that a number of rocket shells fired by the Turkish occupation mercenaries from the areas of their deployment on the borderline in Aleppo countryside landed on residential houses on the outskirts of Tal Refaat City and Ayn Daqnieh village in Aleppo northern countryside, causing material damage to the houses and some property.

The Turkish occupation forces and terrorist groups affiliated with them on Saturday fired a number of rocket shells on Mar’anaz village and Tal Refaat City, causing material damages to the locals’ property and the agricultural lands.

The Turkish occupation and the terrorist organizations affiliated with it which are deployed to areas in Afrin frequently target villages in Aleppo northern countryside with shells and rockets causing casualties among the locals. 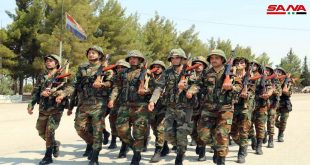 On their day, army personnel affirm readiness to sacrifice their souls to protect homeland