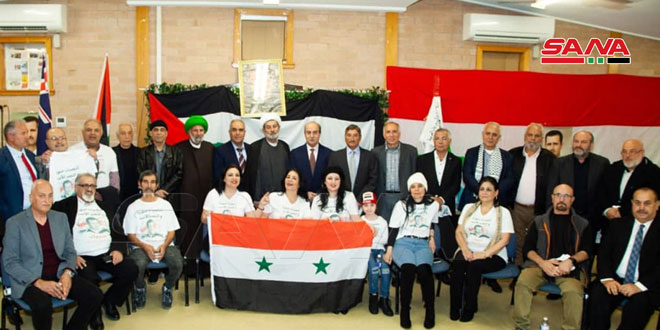 Sydney, SANA- Members of the Syrian community in Australia celebrated the success of the presidential election and winning of Dr. Bashar al-Assad with the post of the President of the Republic during a massive national event held at the Syrian Consulate in Sydney, with the participation of a number of members of the Arab community.

Honorary Consul of Syria in Sydney, Dr.Maher Dabbagh affirmed that the Syrian people did not submit to pressures of the Western countries hostile to Syria, saluting the heroes of Syrian Arab Army who is fighting terrorism, , the martyrs who shed their blood on Syrian land to achieve victory, and the wounded army personnel whose wounds did not deter them from participating in the process of rebuilding what has been destroyed by terrorism.

The participants noted that the presidential election confirmed the Syrians’ rejection of foreign interference in their country’s affairs and that is a new victory for a new phase in which Syria will move to safety and reconstruction and complete the liberation of its entire territory from occupation and terrorism.

In the same context, Professor Tim Anderson, author of the book “The Dirty War on Syria,” said in a statement to the Syrian Consulate in Sydney that the wide popular support for President al-Assad constitutes a clear victory over the terrorism which targeted Syria with support of countries of North Atlantic Treaty Organization (NATO).

“This triumph has been achieved thanks to sacrifices of the Syrian Arab Army and its allies , and the steadfastness of the Syrian people in the fight against terrorism and foreign occupation ,”said Anderson

In the same context, members and representatives of the Syrian community in Bulgaria held a national event at the headquarter of the Syrian Embassy in Sofia , in celebration of Dr. Bashar al-Assad winning in the presidential election.

A number of representatives of Arab communities, a number of intellectual figures of Bulgaria, and the Syrian university students in the Bulgarian universities participated in the event.

The charge d’affaires of the Syrian Embassy in Bulgaria Mohammed Mohammed pointed out to the massive turnout by the Syria Expatriates in Bulgaria to ballot boxes which constituted a confirmation of their belonging to their homeland. 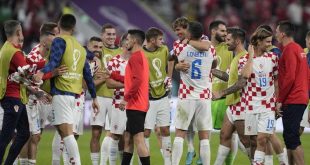