Tribes and clans of Shammar, al-Khwatneh and Dulaim call for expelling US and Turkish occupation forces 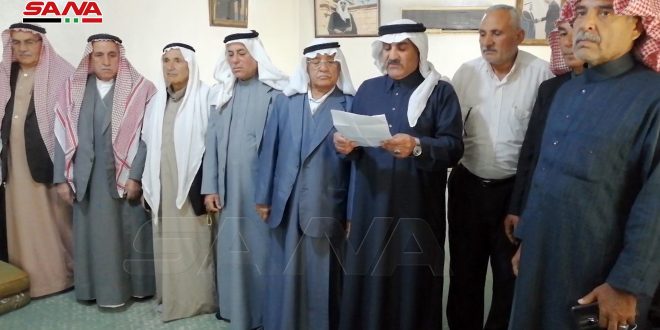 Hasaka, SANA- Arab tribes and clans renewed their rejection of the US and the Turkish occupation forces, calling for activating popular resistance as a choice to liberate Syria from the occupations forces.

In statements of which SANA received a copy of it, the Arab tribe of Shammar, Dulaim tribe and al-khwatneh clan condemned the illegitimate practices by the US and the Turkish occupation forces against the people of Hasaka province , including stealing the province’s wealth , rejecting any foreign illegitimate presence on the Syrian territory , calling for activating the popular resistance aimed at expelling the occupation forces.

They called for participating actively in the presidential elections as it is a national and moral duty. 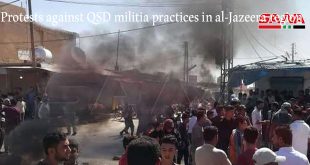 Hasaka, SANA- Two civilians were injured as the US occupation-backed QSD militia opened fire on …