Turkish occupation and its mercenaries steal large amounts of wheat stocks from al-Shirkrak silos in Raqqa countryside, transfer them to Turkish lands 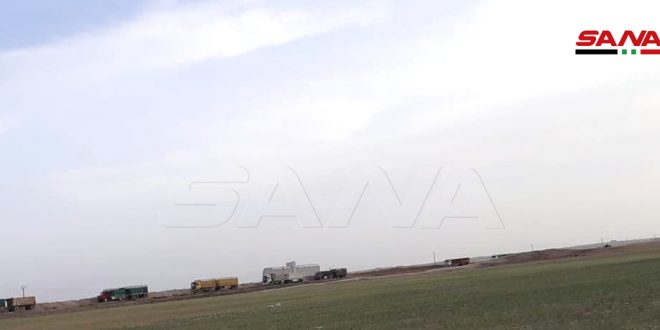 Raqqa, SANA-Turkish occupation forces and their mercenaries of terrorist organizations have continued looting the Syrian resources as they stole large quantities of wheat stocks from al-Shirkrak silos and transferred them through brokers into Turkish lands via the Tal Abyad Gate in the northern countryside of Raqqa.

Civil sources told SANA that Turkish occupation forces and their terrorist mercenaries looted and stole the Syrian wheat stocks, as they brought out 20 trucks laden with wheat from al-Shirkrak silos in the east of Ain Issa city in Raqqa northern countryside, heading to Tal Abyad region and then to Turkish territory.