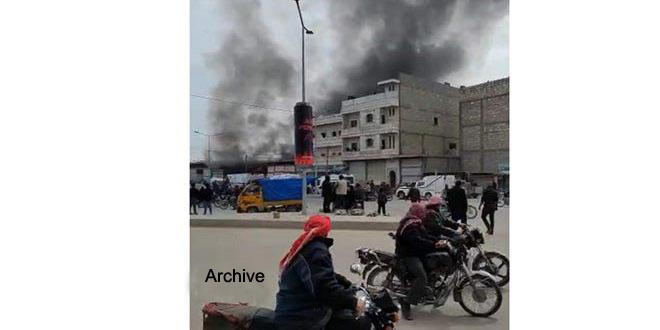 Aleppo, SANA- Two civilians and several Turkish occupation mercenaries were injured in blast of an explosive device on Wednesday in the vicinity of al-Bab city in Aleppo northern countryside.

Local sources told SANA reporter in Aleppo that an explosive device went off in a truck near Qabasin roundabout near Othman Bin Affan Mosque in the vicinity of al-Bab occupied by Turkish occupation forces and their mercenaries from the terrorist organizations, causing the injury of two civilians and a number of occupation mercenaries.

The sources pointed out that the explosion caused fire in the place and material damage to the properties and the residential houses.

A number of civilians were martyred and others were injured in explosion of a car bomb last month in al-Bab city, while the explosion also caused the killing and injuring of a number of the Turkish occupation mercenaries from terrorist organizations which are positioning in the city. 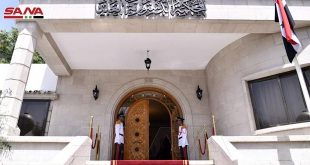