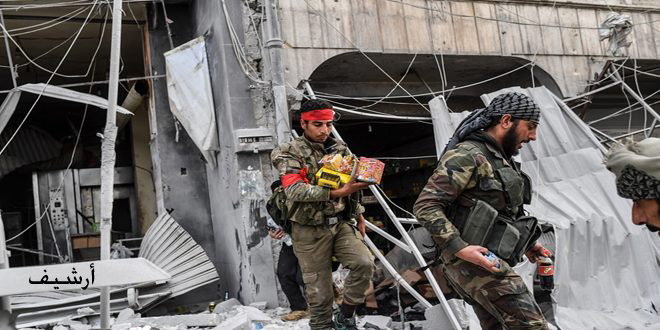 Locals sources told SANA reporter that the infighting among the mercenaries of the Turkish occupation continued on Sunday dawn among the terrorists of the so-called “al-Hamzat group” on the background of distributing robberies and areas on control, causing the killing of three terrorists.

The sources pointed out that a state of tension and fear prevailed in the city and caused a state of panic among the locals.