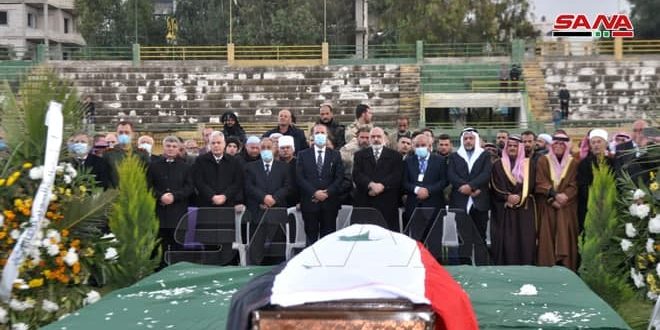 The late al-Atrash’s family expressed thanks and appreciation for the President’s generous gesture and condolences.

The funeral ceremony took place at Sweida Municipal Stadium in the presence of civil, religious and official activities.

Attendees praised the virtues of the late who was known for his noble patriotic and humanitarian stances, his prominent social role and his constant call to defend the national values and preserve national and social cohesion and standing by the Syrian Arab Army.

The late Al-Atrash was born in 1933, he graduated from the Cairo University Faculty of Law in 1964 and served as a member of parliament for five consecutive legislative terms since 1994.