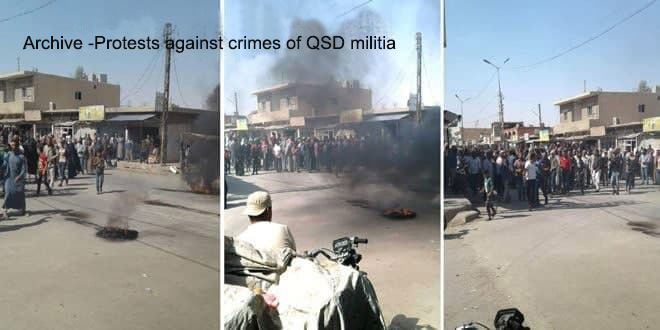 Deir Ezzor, Hasaka, SANA_ One of QSD militants was killed and another was injured in two attacks on their movements and positions by unknown assailants in the countryside of Deir Ezzor and Hasaka.

In eastern Deir Ezzor, local sources told SANA that a member of US occupation forces – backed QSD militia was killed in an attack by unknown assailants on one of their positions in al-Tayyana town.

The sources pointed out that the explosion of a landmine planted by unknown persons in the vicinity of Abo Rasin town in the northern countryside of Hasaka, caused the injury of one of QSD militants.

On Wednesday, a number of QSD militiamen were killed and injured in attacks on their vehicles and at the points of their deployment in Raqqa, Hasaka and Deir Ezzor. 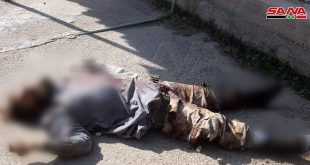