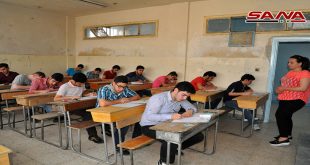 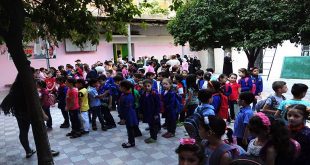 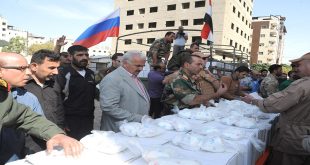 Damascus, SANA- In coordination with the Syrian government and the United Nations Relief and Works Agency for Palestine Refugees in the Near East (UNRWA), the Palestinian Liberation Organization “PLO” distributed schoolbags and stationery among children at al-Yarmouk Camp granted by the Chinese Embassy in Damascus.

Director of the PLO political bureau, Ambassador Anwar Abdul-Hadi told SANA that this aid stresses that China stands by the Palestinian people “in their crises as it has always supported their legitimate rights.”

Abdul-Hadi thanked the Syrian Government for providing all the required facilitations for the entrance of this aid to the Camp, and he also thanked the UNRWA which works on easing the suffering of the Palestinians.

On Sunday, children vaccines entered the Camp in coordination with the Syrian Government and the UNRWA, according to Abdul-Hadi who affirmed that all needs of children at the camp will continue to be provided. 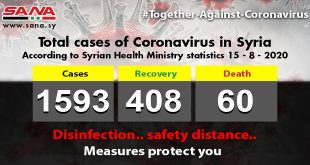