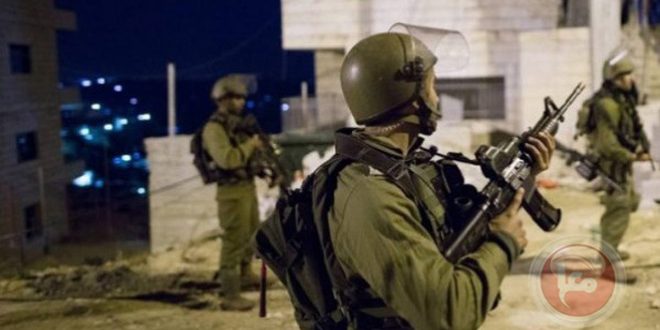 Occupied Jerusalem, SANA- The Israeli occupation forces on Monday arrested a Palestinian west of Bethlehem in the West Bank.

Wafa News Agency said that the occupation forces broke into Husan village west of Bethlehem and arrested a Palestinian.

The Israeli occupation forces continue their criminal practices against the Palestinians through attacking them and storming into their cities and villages, in addition to launching daily arrest campaigns to displace them and to usurp their lands and Judaize them.

2020-09-28
ruaa-jazaeri
Share
Previous Armenia calls on international community to prevent Turkish regime from interfering in its conflict with Azerbaijan
Next Tunisians stage a solidarity stand, calling for restoring relations with Syria, breaking siege