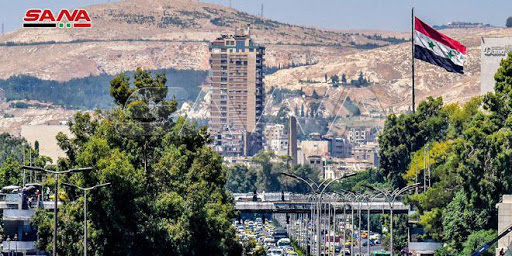 Amman, SANA- Jordanian parliamentary, political, partisan, cultural and popular figures have condemned the economic terrorism practiced by the United States against Syria, the latest of which is the so-called “Caesar Act”, renewing their stand and solidarity with Syria in the face of the American hostility.

In a statement, the Jordanian figures said that ““The so-called Caesar Act comes in the context of practicing economic terrorism and it is considered one of the most dangerous types of crimes against humanity.”

The statement noted that this measure confirms the harmony between the United States and the racist Zionist enemy, which is the first enemy of all humanity, indicating that these measures came after America was unable to achieve its goals after years of war on Syria.

The statement pointed out that the United States is the maker and sponsor of terrorism in the world, stressing that the terrorist war on Syria is an American war carried out through agents from countries and semi-states and terrorist organizations and directly through its occupation of parts of Syrian lands and its theft of oil and the burning of wheat fields.

The statement stressed that the repercussions of the American measures will not be limited to Syria only, but will also include Jordan, which suffers from a suffocating economic crisis, and all East, calling for the establishment of an oriental economic cooperative council to confront the economic crises.

In the conclusion of their statement, the Jordanian figures stressed their complete confidence in the victory of Syria and its friends and the free peoples, and patriots from the nation and its ability to face the criminal American policy, saying “These American measures will not be able to achieve what Washington failed to achieve through its terrorist war against Syria.” 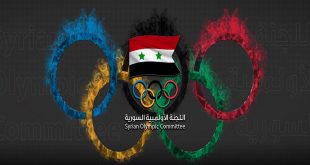 Damascus, SANA-Syrian Olympic Committee announced Thursday its solidarity with China against US blackmail campaign that …