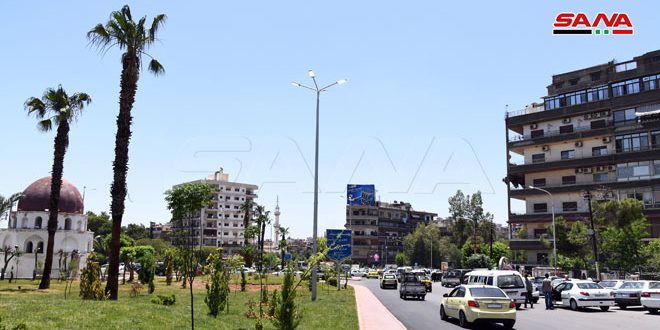 Damascus, SANA- Temperatures will drop notably to become from 2 to 4 degrees below average as the country is affected by a superficial low air pressure accompanied by southwestern air currents in the upper layers of the atmosphere.

Meteorology Department expected in its Wednesday bulletin that the skies will be clear to partly cloudy in general, and there will be an opportunity of showers that will be accompanied with thunder sometimes in the coastal region.

The wind will be westerly to southwesterly with a low to moderate speed and the sea waves will be low to medium in height.

weather 2020-06-03
ruaa-jazaeri
Share
Previous 17 fires put out in Homs province-Photos
Next More protests sweep Washington, US army sends hundreds of its troops to quell them