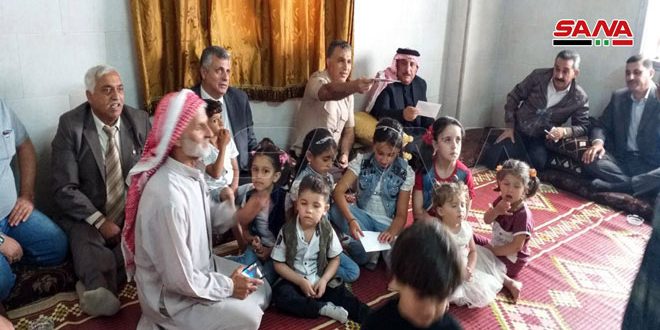 Hama, SANA- Tens of families which had been displaced due to terrorism returned to their homes in Khan Sheikhoun city in Idleb countryside as the first batch after securing the basic services in the city in framework of the efforts exerted by the Government for restoring normal life to the cities and towns which have been liberated from terrorism in the province.

In a statement to SANA reporter, Fadi Sa’adoun, who is in charge of the tasks of Idleb Governor said that the Governorate “seeks to restore normal life to all the villages and towns which have been liberated from terrorism in Idleb countryside and to bring back the locals to them to practice their economic and agricultural activity.”

Sa’adoun noted that the first batch of the returnees which includes 50 families consists of 200 citizens, adding that all the necessary measures have been taken to guarantee their stability in the city such as providing the necessary infrastructure including the water networks and opening the governmental institutions, in addition to coordinating with the Syrian Arab Red Crescent “SARC” to support the returning families.

He added that “preparations are underway for the return of the second batch of the locals which includes 2000 persons, particularly after providing the basic and necessary services for their life.”

Sa’adoun added that one of the bread facilities in the city is being repaired, in addition to preparing a center of receiving grains from the locals.

Last August, the Army and Armed Forces General Command announced the liberation of Khan Sheikhoun City in Idleb southern countryside and tens of villages and towns in Hama northern countryside from terrorism. 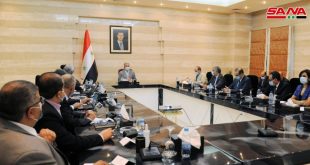